Haunted paintings are a familiar enough site in children’s cartoons, but according to some people, they are not limited to the realms of animation and imagination. Even today, there are artists, viewers, and collectors who swear there is something sinister about certain artworks.

The following paintings are said to be responsible for all sorts of otherworldly events, from the feeling of being watched, to housefires.

Man Proposes, God Disposes was painted by Edwin Henry Landseer in 1864, and currently is in the collection of Royal Holloway, University of London. The artist was inspired by news of the search of Sir John Franklin’s expedition, which had vanished in the Arctic 20 years before Landseer put brush to canvas. It is covered with the Union Jack during exams, as numerous students complained about feeling uneasy when near it. One of the legends associated with it is the story of the suicide of a student who stared at it.

Painted by an unknown artist, the portrait of 18th century Spanish military leader Bernardo De Galvez hangs in Hotel Galvez, Galveston, Texas. Guests and staff reported that the painted figure unsettled them, and that its eyes followed them, but those stories were not the strangest things to happen. The long-dead military man appears to still insist that he is shown respect. If his permission is not asked before taking a photo of the portrait, the photo allegedly is blurred. At least players do not need to ask permission from online casino singapore. 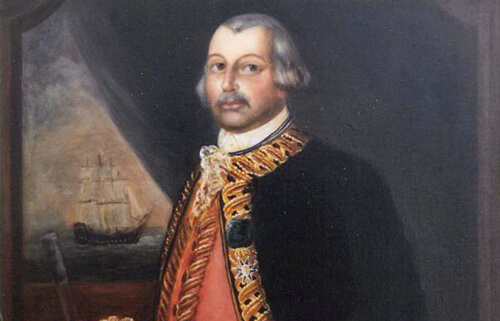 The Woman of the Rain

The Woman of the Rain was painted by Ukrainian artist Svetlana Telets shortly after her graduation from Odessa Art University in 1996. According to Telets, she repeatedly felt as though someone was watching her for several months before she started work on the painting. She said that it felt as though an unseen hand was guiding hers, and that she was able to complete the work in a few hours. Previous owners returned the painting to the artist, complaining of unsettling supernatural occurrences. It now hangs in a Kiev salon.

Reproductions of Giovanni Bragolin’s the Crying Boy enjoyed unbelievable popularity between the 1950s and the 1980s. The artist, whose real name was Bruno Amadio, painted at least 65 images of tearful young boys and girls. In the 1980s, newspaper reports claimed the images were haunted. An uncanny number of Crying Boy reproductions were found undamaged by housefires that destroyed just about everything else. The number of similar reports received by the media surged, and one newspaper even collected more than 2500 of the paintings from readers, and then held a mass burning.

As unsettling as some viewers find Edvard Munch’s painting the Scream to be, it is one of lesser-known works that is believed to be haunted. The Dead Mother shows a wide-eyed young girl covering her ears while her mother lies dead in the bed behind her. According to previous owners, the girl’s eyes follow viewers, the bed sheets move, and the girl disappears and reappears.