Despite the war of words sparked by these lighting-rod books, they’ve found a place in the literary canon since they were published.

With its controversy rooted in its political ideas, George Orwell’s 1984 remains important, especially since many of the grim ideas it laid out have come to fruition.

This classic paints a bleak picture of a totalitarian future where citizens have been robbed of privacy and free will and rings true in today’s internet age. While being able to play casino games in Singapore from the comfort of your own home is wonderful, recent furores around privacy of information in the age of social media have made headlines the world over.

This novel is still making waves thanks to its disturbing subject matter. The protagonist and exceedingly unreliable narrator is a middle-aged professor telling the story under the name of Humbert Humbert. He’s obsessed with a 12-year old, Dolores Haze, and ends up becoming sexually involved with her after he becomes her stepdad.

The psychological nuances Nabokov manages to weave through this shocking narrative has ensured Lolita’s stature as one of the best books ever written, and it’s even gone to become one of Stanley Kubrick’s most lauded films.

The unflinching depiction of anti-Semitism in Sophie’s Choice saw it getting banned in several countries upon publication, including Poland, South Africa, and the Soviet Union.

The tale of a woman’s struggle to survive the horrors of World War II is harrowing, but the book has managed to stay the course. It was also turned into a heartbreaking film starring Meryl Streep in one of her finest performances.

The Bell Jar, by Sylvia Plath

The Bell Jar’s critiques of the limitations and expectations placed on young women in the 50s saw it cause consternation on its publication, but it’s still a world-favourite.

The semi-autobiographical nature of this work made Sylvia Plath release it under a pseudonym because she was worried about its effect on her mother and the people depicted within it. It’s a stark look at a young woman’s descent into madness as she battles crippling depression and attempts suicide over and over again.

The Catcher in the Rye, by J.D. Salinger

Categorised as a book for young adults in 1951 when it was published, the cacophony of profanity and sexuality it depicts made The Catcher in the Rye a talking point. Its depiction of the adolescent mentality of its protagonist Holden Caulfied is brilliant, although it has been linked to several shootings in the USA and at least one disappearance.

Mark David Chapman, who killed John Lennon in 1980, identified strongly with Caulfied, stating that he wanted to become him, and the book was found amongst the belongings of John Hinckley Jr after his attempted assassination of Ronald Regan in 1981. Robert John Bardo was also carrying the book when he murdered Rebecca Shaeffer in 1989, and Peter Falconio was reportedly reading it just before he disappeared from the Barrow Creek area in Northern Australia in 2001. 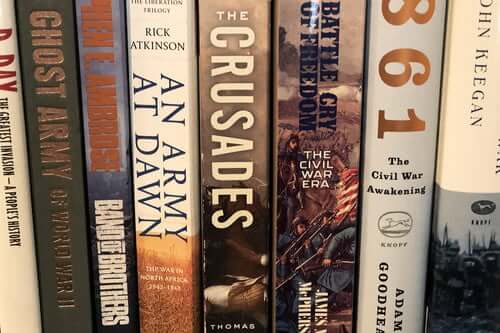