Cairo has long been the home to some of the world’s most famous pieces of history, from the ancient burial chambers of the great pharaohs, to the Pyramids of Giza, which have entranced people for countless thousands of years.

The country, however, has had a rather turbulent history, and many of their priceless heirlooms were taken by explorers in the early 20th century, leading to a great loss of artefacts.

To try and piece their incredible history together, Cairo officials decided to build a world-class museum and stock it with all the items, artefacts, and pieces of history that once belonged to the country. What we can expect is a brand new, state of the art venue that will be home to thousands of fascinating objects from Egypt’s history. This what visitors need to know about the new Grand Egypt Museum.

The Museum’s Progress So Far

The GEM was originally announced as far back as 1992, although Egypt has undergone so much turmoil since then that its construction was delayed numerous times. The current Egyptian Museum has been a favourite for visitors for years, but much of its collections were incomplete, and it was more of a storehouse for their historic treasures.

The new museum, on the other hand, is designed to be a state of the art, glass and steel behemoth that leads visitors through an incredible journey of the history in the area, being an interactive and visually stimulating experience that the government hopes will bring in reams of new tourists.

With a cost of around $1 billion, it’s one of the most expensive and most ambitious museums ever made, and it’s location between the Giza Plateau and the Western Desert puts in a prime position, allowing those who visit it to see the amazing Pyramids that the area is most well known for.

What The Museum Will House

Officials say that there will be thousands of new items from the ancient Egyptian world that will be on display at their new museum. One of the most prominent of these displays will be the one devoted to king Tutankhamun, where the old museum housed around 1500 artefacts related to the boy king, the new one will have 5400.

This will include both his golden tomb and mask, arguably the two most well-known relics from the period. A pre-dynastic collection is also getting some much-needed improvement, and will include a number of statues, a solar boat, and even items from the Middle Kingdom, which was never able to get much of the spotlight in the old venue. How To Visit It

Amid the latest lock down, many delays have been implemented, making it almost impossible for people to see the newly constructed museum.

But as the world begins to open up again and Egypt allows people through its borders, we will be able to see the beautiful collections that are on offer, along with its other pastimes, from enjoying online casino Kenya games to its many eateries. Foreign visitors can expect to pay around $25 for an entrance ticket, about the norm for such a prestigious venue. 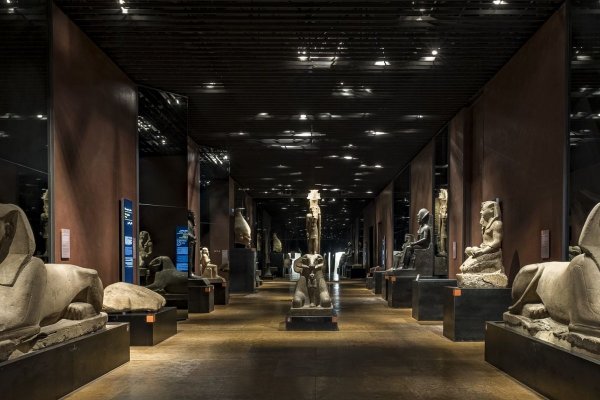