Art is an ever evolving, ever changing beast, and sculptures can take on so many forms and be constructed from multiple different mediums. This 3D genre is constantly changing, and throughout the 20th century we have seen several artists tackle works that have been somewhat revolutionary.

A true minimalist sculptor, Serra is on of the most celebrated American artists of our time.

He is known for his exceptionally large scale work that explores the relationship between man and his surrounding world.

Feathers may not be the first thing you’d think of when someone mentions sculptures, but MccGwire has chosen this as her medium, and her striking creations really make you think.

Her chosen medium is often pigeon feathers as they are the waste product of what many term ‘rats with wings’, and she likes to elevate them to a status of art, rather than debris or dirt. 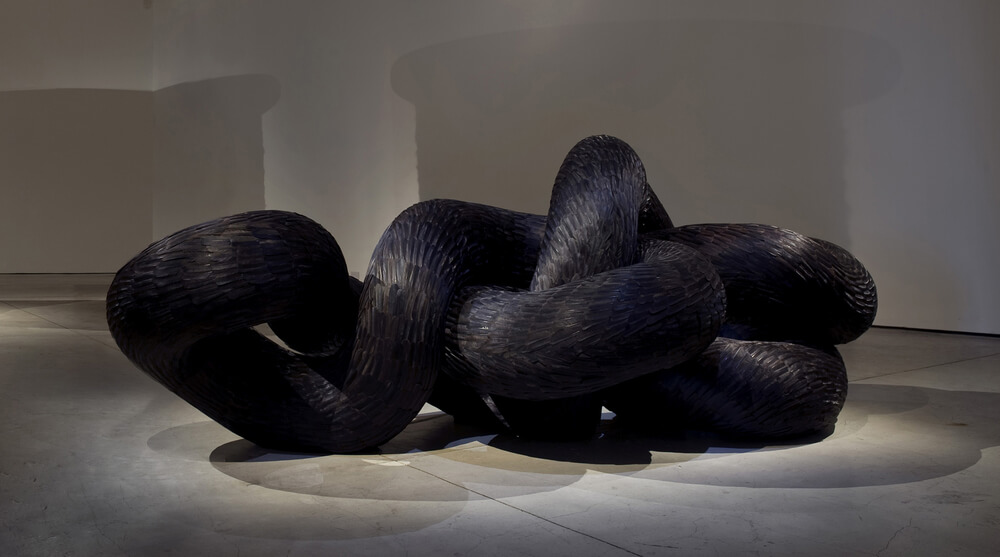 Ortega hails from Mexico and he explores very specific aesthetic, economic and cultural situations through his sculptures.

He also incorporates a sense of playfulness and he examines how regional culture affects the consumption of commodities. His works are considered punning commentaries on the socio-political aspects of the modern world.

A major British force in the art world, Deacon is well known for his large, lyrical sculptures.

He creates voluptuous forms in steel, wood, polycarbonate and other mediums and he likes to describe himself as a fabricator, saying that he makes things up rather than working from fact.

Gormy is fascinated by the human anatomy and draws on this to create sculptures that reflect the intricate relationship to our physicality within the constraints posed by time and space.

He creates anthropomorphic figures that all tell a story and convey emotion based on their body language, and confronts the topic of humans and nature and our relationship with it, head on.

Benglis uses wax and latex to examine the feminist ideals and bring them to life.

Her work draws questions about pop culture, the feminine identity and the dominant feminist movements, and her bold, brazen sculptures speak louder than some words ever could. Working in a form of abstraction, she creates striking statement pieces that are designed to get people talking.

The true master of taking something ordinary and making it extra ordinary, Sze is renowned for her site-specific installations that make use of things like plastic plants, ladders, sweets and packing materials in a whole new way.

She likes to create autobiographical records of where her life takes her, and her artistic landscapes encompass entire galleries and museums, so great they are in size.