If there’s one genre that has always been popular among the general audience, it’s horror. Fear is one of our most ancient emotions, one that has kept the human race alive over hundreds of thousands of years. It makes sense, then, that such a powerful emotion would translate well into the world of literature, where our mind is used as a means of creating the horror we’re reading about.

Uniquely terrifying horror-based novels can be difficult to come by – especially due to the fact that authors like to use the same tropes time and time again. There are, however, a handful of books that are so scary that they’re best read with the lights on.

Lord Of The Flies

A popular novel in high school, Lord of The Flies may go severely unappreciated by the teenagers that peruse its pages during English class.

A story that revolves around the survival of a group of stranded boys is a harrowing tale of sacrifice and how otherwise normal human beings can quickly descend into savagery when disconnected from society. While it lacks many of the supernatural elements that make other horror books so enthralling, it remains a memorable and chilling rendition of the darkness that lurks in the human mind. 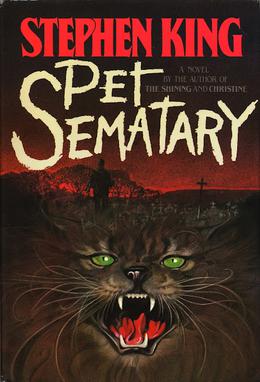 No collection on horror books would be complete with mentioning one of the greatest horror and thriller authors of the modern age: Stephen King. King has dozens of works accredited to his name, and while his work rarely allows for a boring moment, there are some that stand out among the rest.

One such is Pet Sematary, with a plot that centres on a man’s struggle as he attempts to bring his lost son back from the dead. It’s a terrifying read from start to finish, with endless twists and turns to keep readers transfixed.

Written by the famed Bram Stoker, Dracula set the stage for horror writing, and would eventually lead to countless spin-offs and recreations. The story of the infamous Count is one that most people have heard of, although not nearly as many people have read the original novel.

Although it can be difficult to read at first, Dracula is nonetheless a spirited and chilling rendition of the vampire who started it all. It’s a welcome break from the vampires of the modern age, and Dracula’s character is unlike any other.

Another from Stephen King, and often considered his best work, IT is a long and haunting novel that focuses on a group of children who face off against a powerful and ancient entity that rises from its slumber every few decades.

IT is among King’s most detailed works, and pulls into a vibrant and terrifying universe where god-like beings walk among us, and where readers will need to peruse online bingo sites to forget their fear. Not for the faint-of-heart, IT can be often be nerve-wracking and horrifying read that leaves very little to the imagination.