South America is a land overflowing with culture and history, dating back thousands of years to the ancient civilisations of the Aztec, Mayans, and the many cultures that came in between.

Many of the countries in South America have immortalised their fascinating history with a number of unmissable museums that are all worth seeing at least once.

This incredibly amazing neoclassical building was finished in 1862 in order to serve as the summer residence of the Emperor at the time. The mansion served as the St. Vincent de Paul College after the empire collapsed in 1909. It was one of the students of the school, Alcindo de Azevedo Sodre, who first planned to turn the school into a museum of history. He had persuaded enough people by 1940 that the building was eventually transformed into the Imperial Museum.

If you can’t get enough history about the Brazilian Empire, you’ll also want to attend the Paulista Museum. The museum is situated close to where Emperor Pedro I declared independence from Portugal, and is operated by the University of Sao Paulo.

The structure— designed by Italian architect Tommaso Gaudenzio Bezzi — and its grounds are closely focused on Versailles ‘ French Palace, and the museum contains a range of furnishings, artworks, and records related to the Brazilian Empire.

This beautiful house was initially built in 1909 as a summer home for Buenos Aires‘ Ortiz Basualdo family. Designed by the Tigre Club team of Pablo Pater and Luis Dubois, the house features a characteristic French half-timber motif.

Peru may not be the first location you think of when it comes to Italian art, but if you get the chance, this beautiful museum is definitely worth a visit. In 1921, Peru’s Italian community gave the museum as a donation to the nation to mark Spain’s 100th anniversary of independence.

Designed by Italian architect Gaetano Moretti, the house is itself a piece of artwork. The interior displays aspects influenced by renowned painters such as Donatello, Ghiberti, Michelangelo and Botticelli from Bramante’s architecture and ornaments. The façade contains emblems from Italy’s biggest towns and two Venetian mosaics depicting Italian history’s renowned people. Inside is a huge stained glass inspired by the Primavera of Botticelli.

Chile’s fine arts museum was created in 1880, making it the earliest museum in South America, known locally as the MNBA (which stands for Museo Nacional de Bellas Artes). The Palace was constructed to celebrate the first centenary of Spain’s independence from the country. It was designed by French-Chilean architect Emile Jecquier, who combined the design of the building with Beaux-arts, Neoclassical Second Empire, Baroque, and Art Nouveau, taking inspiration from the Paris Petit Palais. 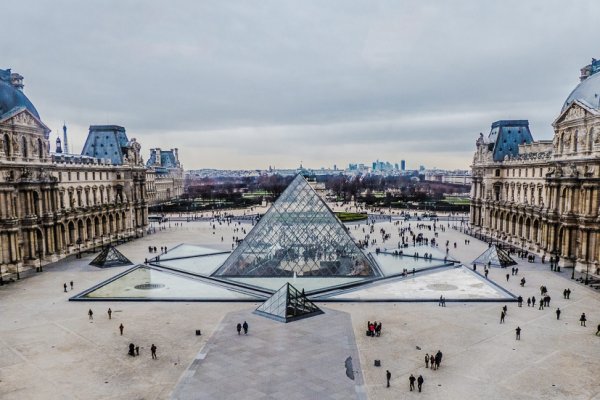